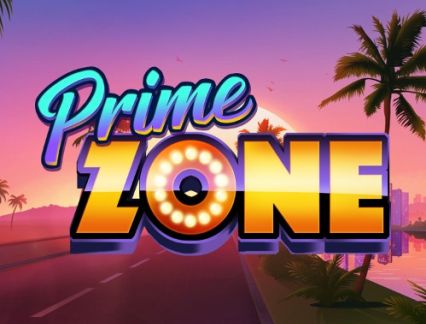 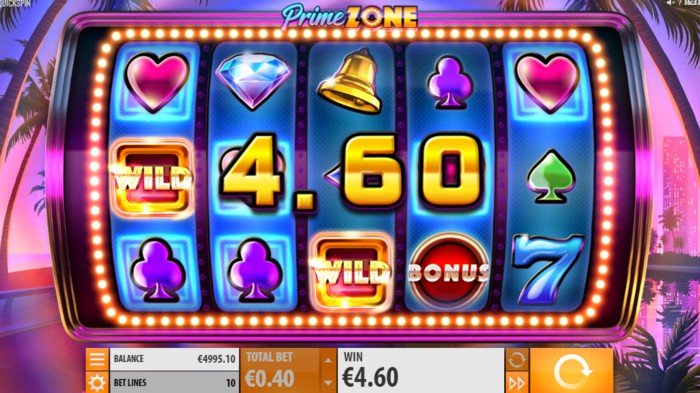 Prime Zone slot – RTP 96.28%.  You’d like to be in Vegas, wouldn’t you? Don’t worry anymore, because Quickspin has thought of you. Starting July 9, 2019, the Prime Zone slot, which takes you to a palm-packed, decaying cityscape with a spectacular sunset, will be available in all casinos that offer games from this developer. The golden years of Las Vegas!

The design is fine and the machine is fun and brings all the excitement and vicious appeal of this American city to your own home. Doesn’t that sound refreshing? Want to know more? We tell you everything you need to know about this new release here.

Prime Zone is a five-reel, three-line machine and a total of ten paylines. A fairly classic layout for a game whose operation is also quite classic. This is not bad in itself since not everyone likes games full of new features.

Bets are affordable and range from a minimum of 0.10 euros to a maximum of 100 euros per round. The little punters will be happy, but the big ones may not be so happy. The return to the player is 96.28%, which puts it in the industry average.

Among its special functions is the Multiplier Wild, which can appear on all reels. The good thing is that the multiplier is increased depending on the number of wildcards that appear on the payline , if three appear, you will receive an x3 multiplier.

The Free Spins game is activated when three scatter symbols appear anywhere on the three center reels and gives you seven free spins. You can also choose between four different bonuses whose risk ranges from lowest to highest. Which one are you going to choose? That’s your business and it will depend on what kind of player you are or think you are.

Prime Zone is fresh in design, but it’s a classic style machine we already knew from Quickspin. That’s not bad, because it’s a developer who knows how to do things right and who actually does them well, but it can be boring for those looking for new things.

Payments aren’t bad enough for hobby players to have a good time, but the truth is that they’re not too good either. It is quite possible that more experienced users feel that they are left a little short.